Use sqlite3 with codeigniter

Codeigniter is a small, fast, and well-documented web framework. However, currently (as of version 1.7.3), only sqlite2 is supported. I made codeigniter 1.7.3 work with sqlite3, including the scaffolding feature, which I really like.

Here is how to make codeigniter 1.7.3 work with sqlite3:

1. Download the php-based sqlite3 PDO driver for codeigniter. This driver is based on the driver in the codeigniter wiki, but fixed up so it works with v1.7.3 and with scaffolding.

Download the sqlite3 PDO driver (based on the wiki driver 0.2)


3. Create directory /pdo in /database/drivers and copy to this directory
driver *.php files
4. Create SQLite3 database file, and put it to any directory.
My database file is [APPPATH]/db/base.db
5. In application database config [APPPATH]/config/database.php  set next settings:

I had been searching for a way to ignore white spaces while using vimdiff. Unfortunately, vimdiff -h yields the generic Vim help. I finally found that including the following line in vimrc solves the problem.
From the command line:

<IfModule !mod_rewrite.c>
# If we don't have mod_rewrite installed, all 404's
# can be sent to index.php, and everything works as normal.

2. unzip both directory under the same directory, such as download/libpcap-1.1.1 and download/tcpdump-4.1.1

4. vi configure; search for "linux version", and remove the entire section of "case" under "linux)" until "do we have the wireless extensions". This is so that ./configure does not try to detect linux (and fail). Our linux is fine.


10. vi Makefile; search for /usr/include and remove them; the Makefile by mistake include including files in the host system. Remove them.

How to cross compile tinyproxy for mips

1. Change the configure file to comment the section containing "Check for asciidoc" until all the way to "ac_config_files=" (not including). Also Remove the lines that test "HAVE_A2X_TRUE".

3. modify config.h: search for "rpl_", and comment the two lines that contains rpl_malloc and rpl_remalloc. Use /* */ syntax to comment out.

5. Chanage Makefile to only build src. Find SUBDIRS , comment out all other directories other than "src".

A web proxy filter that blocks ads, achieves effects like Firfox AdBlock Plus. 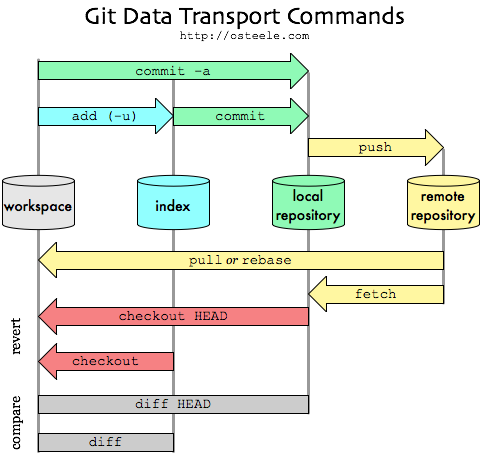 this option in socket call can let you retrieve the original IP and port number of a redirected TCP session. Brilliant.
Posted by Tiebing at 12/11/2010 No comments:

Getting Started
Let's say you have a development project in the directory devproject. Let's start using Git to manage this project.
First off install Git. In Debian and Ubuntu we just need to do "aptitude install git"
At this point you have all the benefits of a local version control system but no one can see your work. To make it available to other people we'll need to install a remote repository on your server. At home, I only allow people to access my code through SSH so that's the method I am going to talk about here.
Your remote Git server is now configured so let's set up our local repository to talk to the remote repository
We can now push our changes to that repository:

1. Grab openssl source 1.0.c
2. Grab the Linux-MIPS patch at http://svn.cross-lfs.org/svn/repos/patches/openssl/openssl-0.9.8k-mips_support-1.patch
3. apply the patch: the patch basically just add a few lines to the Configure file. you can do that manually if you want.
4. CC=YOUR-MIPS-CC ./configure linux-mips  (add "shared" if you want to build shared library)
5. make
Posted by Tiebing at 12/08/2010 7 comments:

1. Download the zipfile for DelteCopy (Without Installer)
2. Unzip it. It includes rsync.exe for Windows
3. copy deltecd.conf to rsyncd.conf
4. run it as a daemon: rsync --daemon --no-detach --config=\PATH\rsyncd.conf
5. if that works, it will open a port on 873 (make sure you firewall is off).
6. to make it permanent, you can use "srvany" to install it as a service.

More detailed instructions can be found at HERE.
Posted by Tiebing at 12/06/2010 No comments:

The video codec is usually Motion JPEG (FourCC:MJPG) because the chip in the camera usually makes JPG and making Motion JPEG is a trivial extension since MJPEG is close to sequential JPEGs.

The algorithm is either built into the tool (eg MOV decode in QuickTime, Adobe & free tools like MPlayer etc) OR it has to be present as installed component on the PC.

On Windows there are TWO sorts of CODECs. The original "Video For Windows" (VfW) and DirectShow.
Editing tools (in general) ONLY work with VfW codecs.

Windows XP, Vista and Win7 all ship with DirectShow MJPEG codecs, but not VfW ….so easy to watch but you can’t EDIT.

FFDshow ( http://sourceforge.net/projects/ffdshow/ ) uses the libavcodec library developed in the FFmpeg Movie Player ( http://ffmpeg.org/ ) open-source effort. The libavcodec library has TONS of codecs. It is better known for its MPEG4, Xvid, DivX but it also has a lot of others. One of those “others” is MJPG.

The FFDshow project takes that decode (and in some cases encode too) capability and presents them as VfW (as well as DirectShow) codecs!

Viola, you now have the ability to understand MJPEG in video editing tools. (and tons of other codecs if you enable them).

The only thing you need to do after installation is go to the Start Menu’s “FFDShow VFW Configuration” and under the “Decoder” tab’s “Codecs” (at the top). Then on the right side scroll down to MJPEG and change it from “disabled” to “libavcodec”. [EDIT - LeChineur had problems with this solution. Instead of you having to read this entire thread I'm putting an edit here to summarize the problem]
In the end it came down to this. LeChineur's FFDshow install didn't work. In summary:

That solved the problem. PP now plays the video clip fine, as well as all the other "AVI" (MJPEG) clips from my Canon camera. Incredible!

So rallymax, your original post was in fact correct. Why the version of FFDShow that I first downloaded didn't install the correct dll the first time is still a mystery, but whatever...
Posted by Tiebing at 12/06/2010 No comments:

use .htaccess to protect your web folder

(where fred is the username you want to use). You'll be prompted to enter and retype your password, then the .htpasswd file will be created for you.
Next, upload this file to your website. Make sure you place it outside the Web root of your site if possible, as you don't want just anyone to be able to view the file! For example, place it above your public_html or htdocs folder. (Having said this, Apache is often set up by default to block web-based access to files beginning with .ht. Better safe than sorry though!)
If you can't place your .htpasswd file outside your Web root, name it something that's not easily guessable - for example, .htxuymwp - so that people won't be able to find it easily. (In addition, it helps to start the filename with .ht; as mentioned earlier, Apache usually blocks access to files starting with .ht.)

To password protect a folder on your site, you need to put the following code in your .htaccess file:
/full/path/to/.htpasswd should be the full path to the .htpasswd file that you uploaded earlier. The full path is the path to the file from the Web server's volume root - for example, /home/username/.htpasswd or C:\wwwroot\username\.htpasswd. (If you're not sure of the full path to your site or home directory, ask your Web hosting company for this info.)
The above .htaccess file will password protect all files in the folder that it is placed in, and all sub-folders under that folder too. So if you wanted to password protect your entire site, you would place the .htaccess file in your Web root folder.

In Windows Movie Maker....
To save only the audio track of a video clip...
drag the video to the "Audio/Music" track.
Then go to...File > Publish Movie and you'll get options
for audio quality and save it to a wma audio file.

This will result in a .wma audio file. Be sure
to drag the clip all the way to the left on the
timeline or you will have dead air at the
beginning.
Posted by Tiebing at 12/03/2010 No comments:

How to turn a Windows application into Windows Service

The Windows NT/2000 Resource Kit provides two utilities that allow you to create a Windows user-defined service for Windows applications and some 16-bit applications (but not for batch files).

Whats needed for Windows NT/2000:
Instrsrv.exe installs and removes system services from Windows NT/2000
Srvany.exe allows any Windows application to run as a service.
You can download both files here srvany.zip

This zip includes three files. The two you need srvany.exe and instsrv.exe to install the services and also srvany.wri which documents everything you can do with the program.
Note: Make sure the Services Manager is closed while running the DOS commands.


You will need to put these files in a directory called reskit At a MS-DOS command prompt(Start | Run | "cmd.exe"), type the following command:
<path>\reskit\INSTSRV.EXE "Service Name" <path>\reskit\SRVANY.EXE
This creates the service in the Services manager and the registry keys to setup what program to run.

Next navigate to this registry key.
HKEY_LOCAL_MACHINE\SYSTEM\CurrentControlSet\Services\service name

Now you can start your service from the Service Manager

With this same program you can remove the service also. Just run this command from command prompt.
<path>\reskit\INSTSRV.EXE "Service Name" REMOVE
Posted by Tiebing at 12/01/2010 No comments: